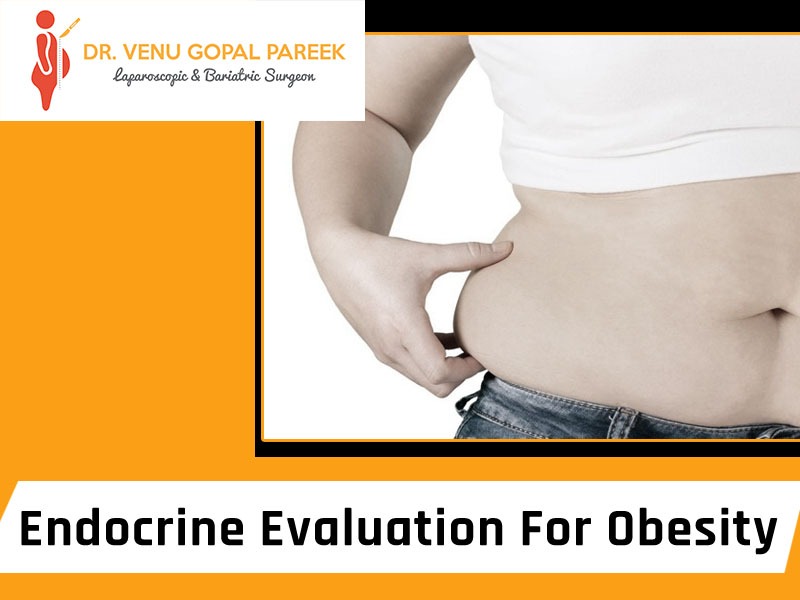 Obesity is linked to many endocrine disorders associated with hormonal imbalance and resistance. Some of these disorders are thought to contribute to the development of obesity, while others are considered secondary effects of obesity and usually resolve after weight loss. Hormones play an important role in appetite, metabolism, body fat distribution, and excess energy storage in food as fat.

Weight loss usually normalizes these endocrine changes, suggesting obesity as a direct cause. Hormones are chemical messengers that regulate processes in our bodies. They are one of the factors causing obesity. When a person’s hormones are out of balance, achieving sustainable weight management may be impossible. Obese people have hormone levels that can increase body fat accumulation by altering fat metabolism.

This article, Provided by Dr Venu Gopal Pareek, gives information about how the endocrine system affects the body and causes obesity. 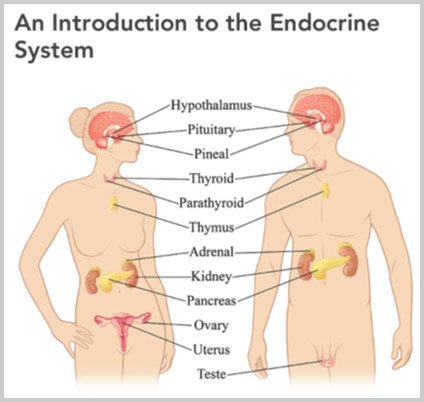 Endocrinology is the study of medical science which deals with the system that controls hormones in the human body known as the endocrine system. The endocrine system consists of a series of glands that produce and secrete hormones that the body uses for various functions, and hormonal problems cause certain diseases. When the glands don’t have the right amount of hormones, diseases, and conditions can arise that affect many different aspects of life.

The glandular system, known as the endocrine system, secretes hormones into our bloodstream. The endocrine system works together with the nervous system and immune system to help our bodies deal with various events and stress. Hormone excess or deficiency can lead to obesity, and conversely, obesity can cause hormonal changes.

And some of the thyroid disorders are:

Tumours in the endocrine glands, whether benign or cancerous, can cause hormonal problems. When the glands secrete too much hormone, hypersecretion occurs and causes an imbalance in hormone levels. When the gland is deficient in certain hormones, hyposecretion occurs, and the glands secrete too little hormone. Either of these situations results in a disease which adversely affects the body’s overall functioning and well-being. 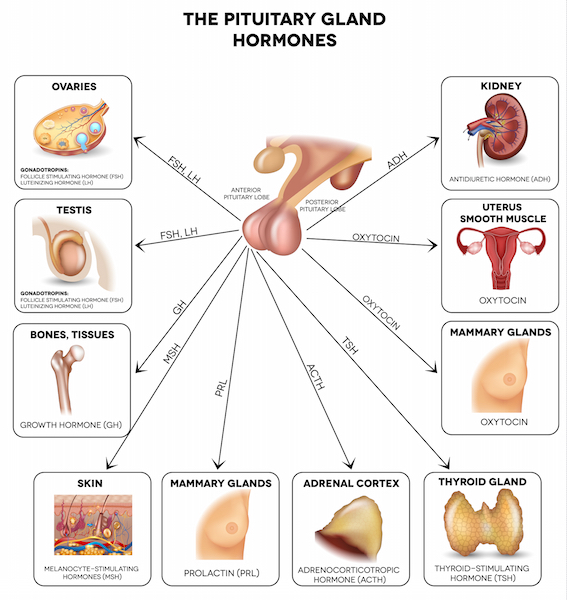 Hormones are chemical messengers that regulate processes in our bodies. They are one of the factors causing obesity. The hormones leptin and insulin, sex hormones, and growth hormones affect our appetite, metabolism, and body fat distribution. Obese people have high levels of this hormone, which promotes abnormal metabolism and accumulation of body fat.

Obesity is a condition characterized by several secondary hormonal disorders and, therefore, can recover after weight loss or a major contributing factor, which may lead to obesity. Knowledge of these changes is needed to assess obese people. Apart from the hormonal changes in obesity, we can examine two other areas associated with endocrine function and obesity.

The first is an endocrine disease, which manifests itself with obesity as one of the main symptoms. Obesity is recognized as one of many endocrine disorders’ clinical manifestations and usually goes away after treatment. Another problem is the endocrine function of fat cells. For many years, fat cells were assumed to be hormonal inactivity. However, recently it has been shown that fat cells produce several hormones and other substances and play an essential role in regulating many functions.

Hormones that cause obesity

The leptin hormone is produced by fat cells and excreted in our blood. Leptin reduces a person’s appetite by acting on specific centres in their brain to reduce their desire for food. It also appears to control how the body manages its body fat stores.

Since leptin is made from fat, overweight people have higher levels of leptin than people of average weight. Even though they have higher levels of the appetite-reducing hormone, obese people are less sensitive to the effects of leptin and therefore don’t feel full during and after eating. Research is currently investigating why leptin’s messages don’t reach the brain in obese people. 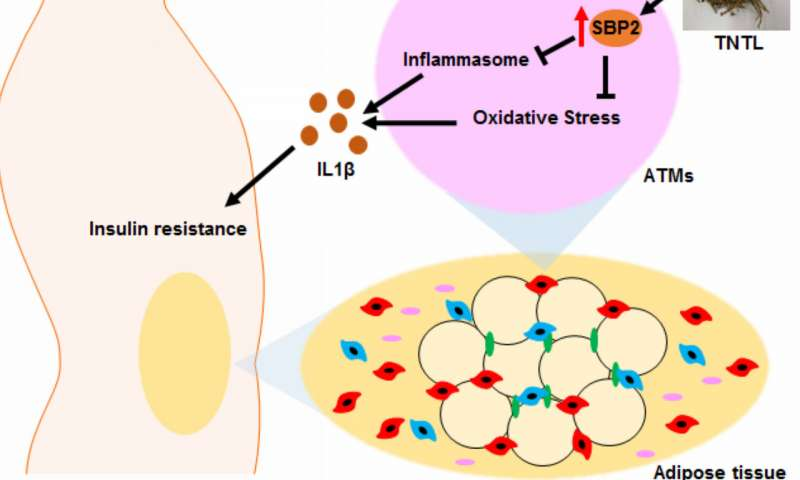 Insulin, a hormone produced by the pancreas, is essential for regulating carbohydrate and fat metabolism. Insulin stimulates glucose absorption (sugar) from the blood into tissues such as muscle, liver, and fat. This is an essential process for ensuring that energy is available for daily functions and maintaining normal blood sugar levels.

In overweight people, insulin signals are sometimes lost, and the tissues can no longer control glucose levels. This can lead to type II diabetes.

The distribution of body fat plays a vital role in developing obesity-related diseases such as heart disease, stroke, and some forms of arthritis. Fat around the abdomen is a higher risk factor for disease than fat stored on the floor, thighs, and hips. Estrogens and androgens appear to aid in decisions about body fat distribution. Estrogen is a sex hormone produced by the ovaries in women undergoing menopause. They are responsible for stimulating ovulation in each menstrual cycle.

Men and Postmenopausal women don’t produce much estrogen in their testes or ovaries. Most of the estrogen is produced in body fat, although in much smaller amounts than in the ovaries before menopause. In younger men, androgens are produced in large quantities in the testes. As men age, these levels gradually decrease.

Changes in sex hormone levels with increasing age in both men and women are associated with body fat distribution changes. While women of childbearing age tend to store less body fat pear-shaped, older men and postmenopausal women tend to increase fat storage around their belly apple-shaped. Postmenopausal women who take estrogen supplements do not accumulate fat around their stomachs. Studies have also shown that a deficiency of estrogen leads to excessive weight gain.

Our brain’s pituitary gland produces growth hormone, which affects a person’s height and helps build bones and muscles. The growth hormone also affects metabolism (the speed at which we burn kilojoules for energy). Researchers have found that overweight people have lower levels of growth hormone than people of average weight. 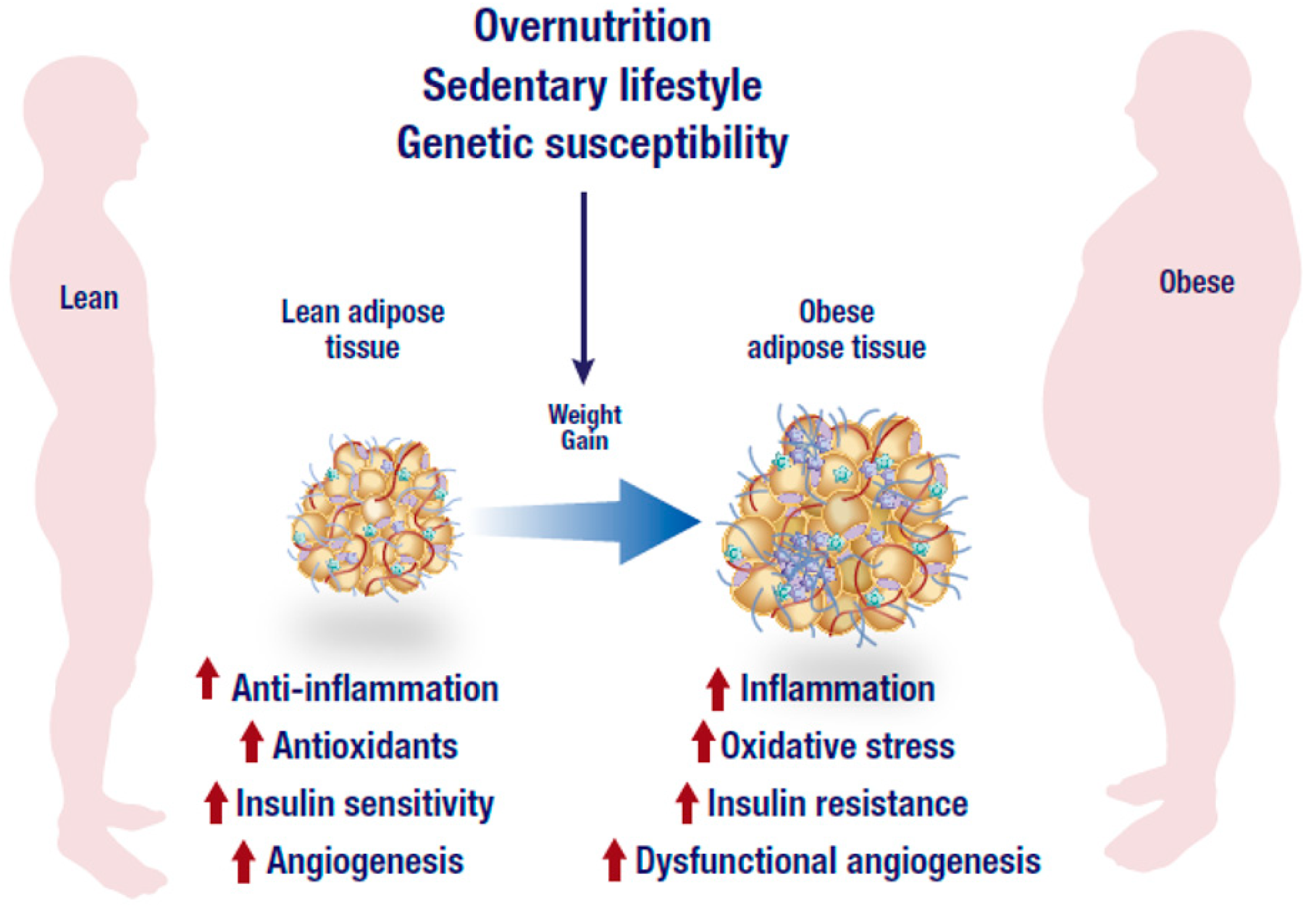 Obesity hormone as a risk factor for disease:

Hormones of behaviour and obesity:

Obese people have hormone levels that promote the accumulation of body fat. Behaviours such as overeating and lack of regular exercise appear to “restart” the processes that regulate appetite and body fat distribution over time to increase the physiological likelihood of weight gain. The body is always trying to maintain its balance to withstand short-term disturbances such as a broken diet.

To overcome the above problems, there are various ways to treat endocrine disorders. This is because diseases of the endocrine system differ significantly in type and severity. The endocrine system comprises various hormone-producing glands, and abnormalities occur when one or more of these glands produce too much or too little of a particular hormone.

In some cases, the resulting hormonal imbalance can be mild enough to go unnoticed or barely noticeable and require no treatment. In other cases, such as hyperthyroidism, the sufferer may experience uncomfortable symptoms, including anxiety, fast heartbeat, and fatigue. Medications can be used to relieve these symptoms and prevent potentially severe complications in the long term. Various severe and life-threatening diseases such as parathyroid cancer require a more aggressive and elaborate treatment plan.

Treatment of endocrine disorders is usually divided into two categories:

Obesity can lead to hypothyroidism, hyperinsulinism, hypercortisolism, growth hormone deficiency, glucose intolerance or diabetes, dyslipidemia, high blood pressure, and an increased risk of atherogenic cardiovascular disease. In contrast to primary obesity, obesity tends to be rapid and progressive due to abnormal insulin regulation, glucocorticoids, thyroid hormone, or growth hormone. It is associated with symptoms and signs of the underlying disease. Understanding the pathogenesis, clinical features, and laboratory assessment of endocrinopathy allows specific therapeutic strategies that often treat obesity and associated metabolic disorders.

Dr Venu Gopal Pareek has a wide variety of treatments for endocrine diseases.

Dr Venugopal Pareek, a Consultant Laparoscopic and Endocrine Surgeon in Sunshine Hospitals has done more than 9000 surgeries in 12 years. He is one of the best endocrine surgeons in Hyderabad, an expert in performing various surgical procedures. He uses advanced diagnostic technology to identify a patient’s endocrine disorder as well as its underlying cause. The doctor and his team will develop a personalized and comprehensive approach for each patient’s condition to ensure the highest likelihood of a positive treatment outcome. Contact us at 091777 77715.