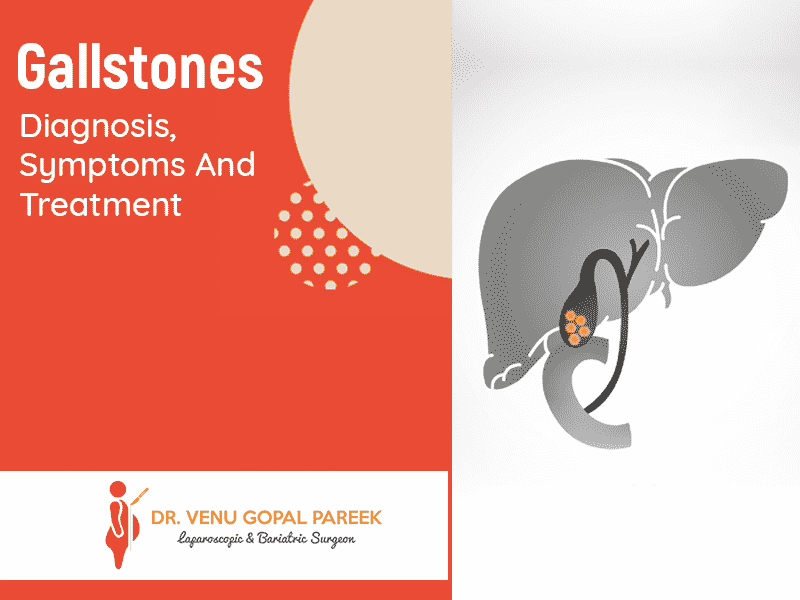 About 12% of people experience gallstones in their lives. Gallstones occur when there are hardened bile deposits in the gallbladder, which is a pear-shaped organ on the right side of the stomach. It stores the bile and then pumps it into the small intestine.

Symptoms vary from case to case, and severity depends on the size of the stone. They can be as small as grains of sand or as large as three inches in diameter. Larger stones can settle in the bile duct and cause pain in the right side of the upper or middle abdomen, between the shoulder blades or on the right shoulder. They can also cause nausea and vomiting.

This condition is considered severe if someone is in such severe pain that they have difficulty sitting. If yellowing of the skin or white eyes, along with other symptoms appear, it means the liver is getting affected and you should consult a doctor as soon as possible. 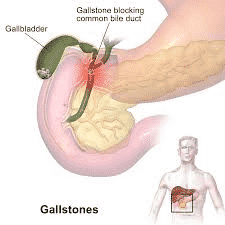 Gallstones are hard deposits of solid material that appear as stones or lumps in the gallbladder. The gallbladder is a small pear-shaped organ that is on the right side of the body, just below the liver. The gallbladder stores bile, a yellowish-green liquid that supports the digestive process. Gallstones can go unnoticed until they block the bile duct and cause extreme pain and discomfort. Its size can range from large grains of sand to large golf balls and can also vary from person to person.

There are two main types of gallstones: 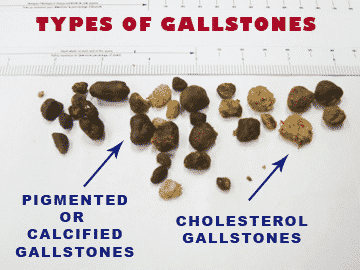 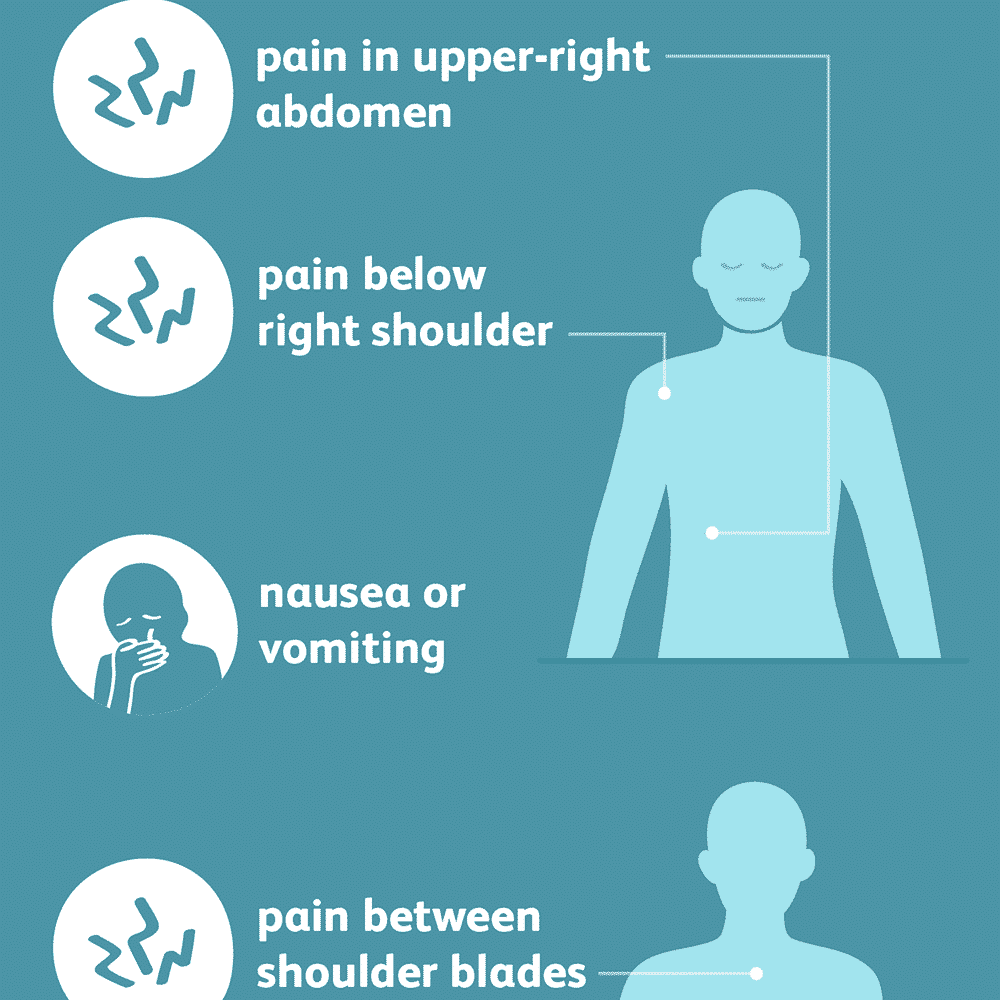 In many cases, gallstones can go unnoticed until they block the bile duct. Gallstones that show no signs need no treatment. However, it’s easy to understand the symptoms and find gallstones. Some common symptoms of gallstones are: 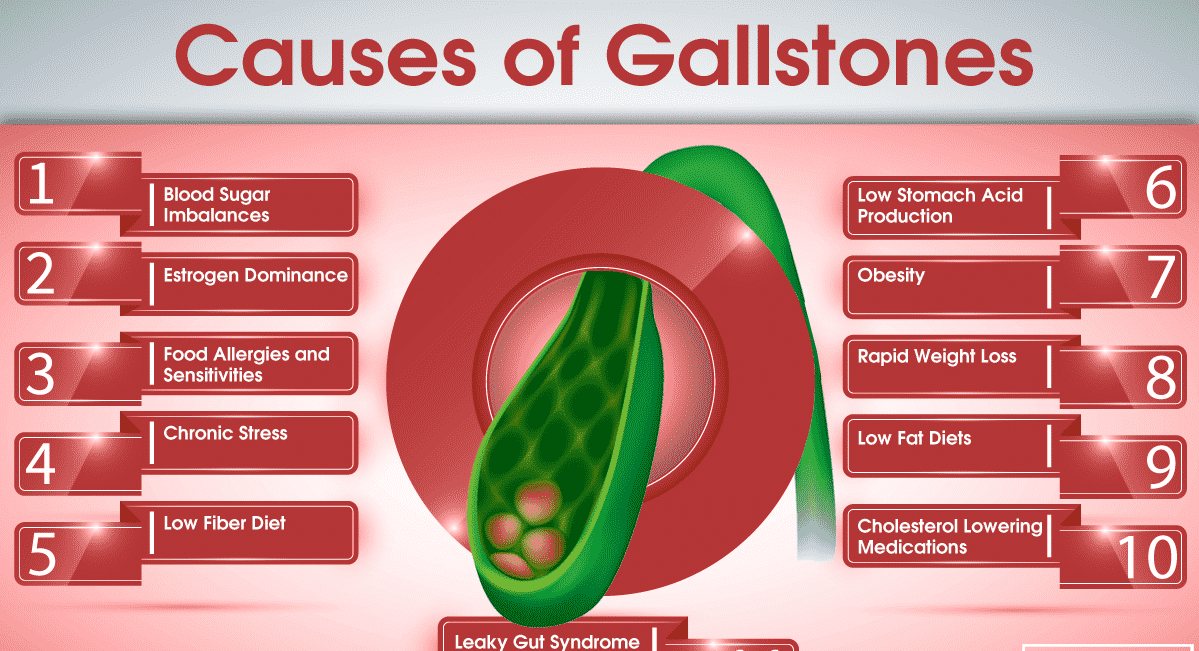 Liver problems such as cirrhosis, blood disorders and bile ducts can cause gallstones. These stones have a black or brown colour and result from too much bilirubin in the gallbladder. Your body produces bilirubin because it breaks down red blood cells. Overproduction of chemicals causes gallstones.

Serious health complications can also result in inappropriate emptying of the bile ducts. In this case, bile concentrates too much on substances that crystallize and can cause stone formation. Gallstones occur when certain chemicals such as cholesterol, calcium bilirubin and calcium carbonate are disproportionate in the gallbladder. Chemical imbalance causes the formation of gallstones. Usually, the stones formed when there are: 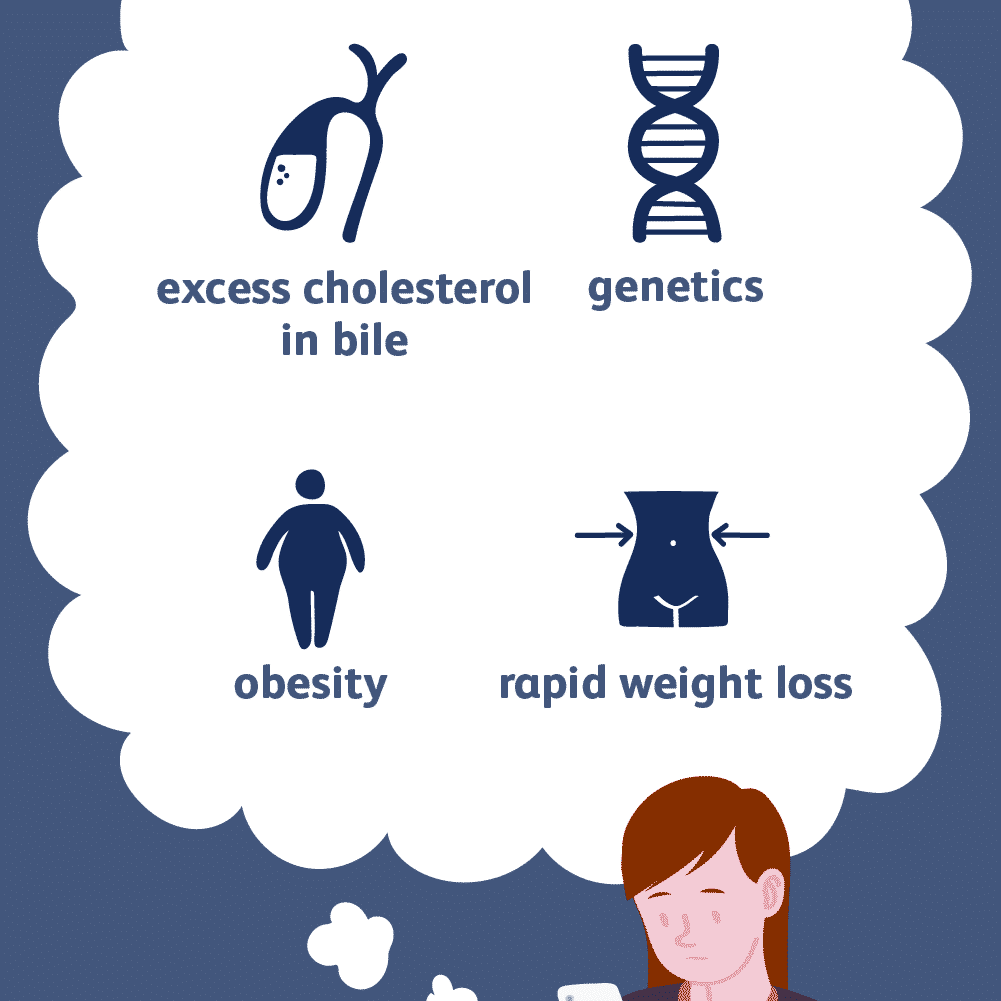 However, some risk factors are higher than others:

What tests used to diagnose gallstones?

If gallstones cause a problem, a liver blood test is usually done along with Ultrasound scanning of the abdomen. After the gallstones enter the bile duct, the diagnosis becomes a bit more complicated. In this case, colour x-ray dye must be injected directly into the bile duct using a needle that passes through the liver or a flexible swallowing tube.

Gallstones get treated according to their severity and frequency. If your doctor suspects that you have gallstones then blood tests, computed tomography, ultrasound scans, and tests using special dyes are done. 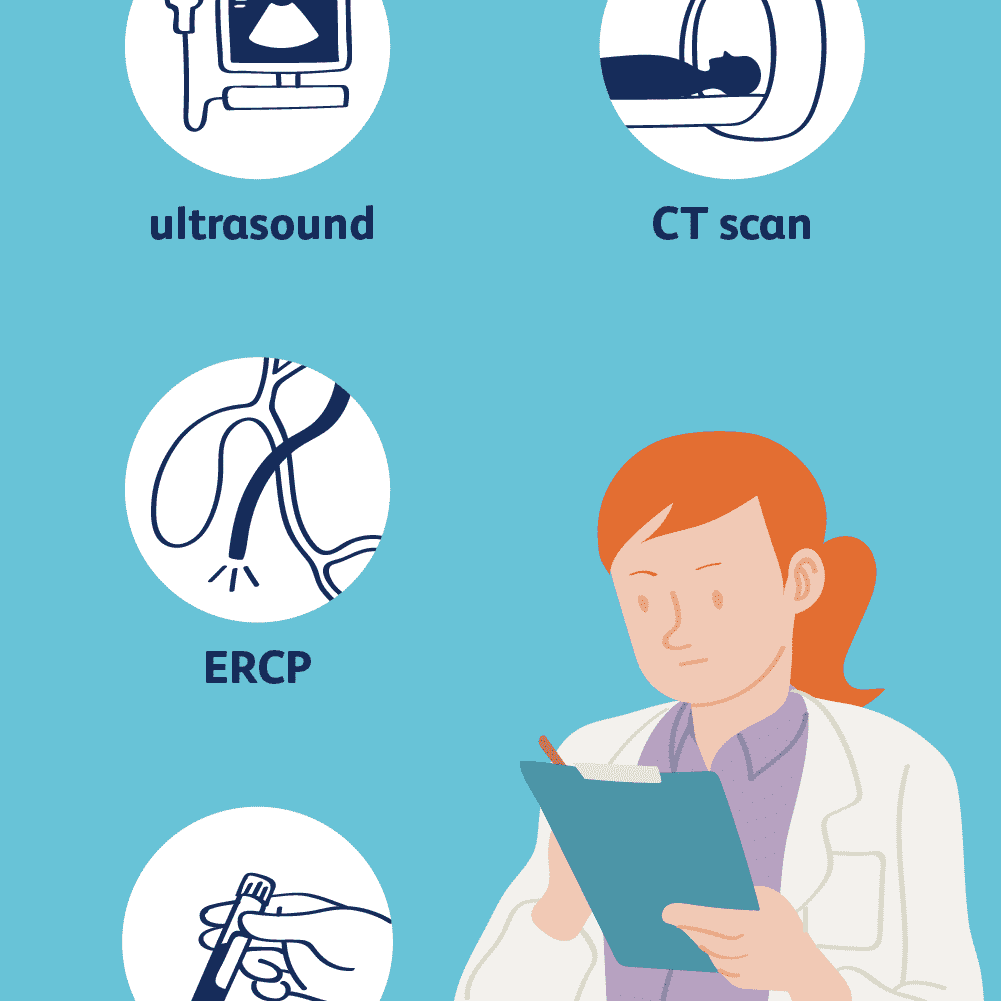 There are two ways of treatment. Your doctor may recommend drugs that can help your body to dissolve stones and relieve pain and symptoms. However, if gallstones are a health risk, removal of the gallbladder by a procedure called cholecystectomy may be recommended.

Natural treatment and home remedies: Some natural treatments such as lifestyle changes, healthy eating, and more. They can help prevent the formation of gallstones and also reduce the intensity of symptoms. Some home remedies can also work effectively to relieve pain and complications temporarily. Some tips for maintaining healthy gallbladder are:

Non-surgical treatments: Non-surgical methods such as medications are considered to be less effective in treating gallstones because the procedure may take years to break, and the stones may reappear when treatment is stopped by a patient. This drug is also not preferred as the primary method because surgery is beneficial and less risky.

Surgery: The most effective and primary treatment for gallstones is laparoscopic surgery to remove the gallbladder. The patient gets anaesthesia. Then the surgeon makes 3-4 small incisions in the abdomen to place a small, thin, flexible device, like a tube to remove the gallbladder. After the gallbladder is removed, bile is diverted directly from the liver to the small intestine, which does not lead to the possibility of bile concentration or stone formation. As a result of the procedure, the loose or runny stool can occur in a person, which can be easily treated with a low-fat diet, so less bile is released. This operation is safe, fast and easy with a quick recovery period. Most patients get discharged from the hospital on the same day.

Another small form of surgery or non-invasive surgery is Lithotripsy. This uses high-energy shock waves to break large stones into smaller pieces and they are passed on their own in a few days.

Gallstone surgery can usually be done laparoscopically. Every intervention has risks, but the removal of the gallbladder will eliminate all symptoms of gallbladder disease.

If you have symptoms of gallstones, contact a gastroenterologist immediately. Many people who experience gallstones have to go to the emergency room because of the severity of symptoms. Follow up meetings with specialists are essential to determine the cause of the problem and to prevent further complications.