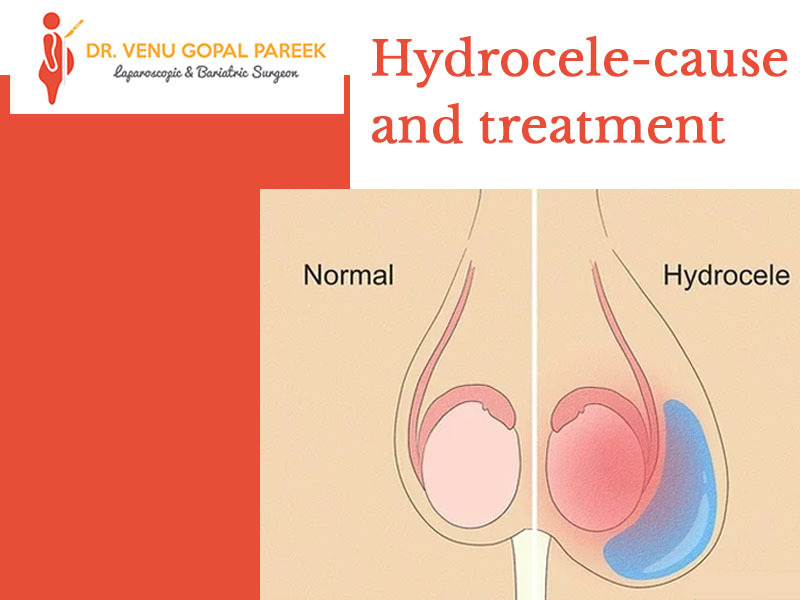 Hydrocele is a condition where fluid builds up in the scrotum. Most of them develop for no apparent reason and are harmless. If necessary, minor surgery can usually fix the problem. In some cases, hydroceles are caused by major testicular inflammation. Hydrocele occurs most often in infants. Nearly 10 per cent of men are born with a hydrocele. However, it can happen in men of all ages.

Hydroceles are not usually a threat to the testicles. However, if you have scrotal oedema, consult a doctor to rule out other, more dangerous causes, such as testicular cancer. What is a hydrocele? Let us see in this article in detail given by Dr Venu Gopal Pareek.

What is a hydrocele?

A hydrocele is a buildup of fluid in the sacs that surround the testicles, causing swelling and enlargement of the scrotum. Their size can vary from slightly more significant than testicles to more prominent than a melon.

Tunica vaginalis is a thin sac that surrounds each testicle. The tunica vaginalis has an inner and outer layer. Between the two layers, there is a small amount of fluid which is used for lubrication so that the testicles can rotate and move freely in the scrotum.

A hydrocele is a mismatch of production and reabsorption. For example, if the outer layer of the tunica vaginalis cannot take back all the fluid that was produced by the inner lining, it will gradually build up. Hydroceles can also occur as a result of trauma, infection, tumours, or surgery such as hernia and varicocele repair. The fluid content of most hydroceles is straw-coloured and odourless. 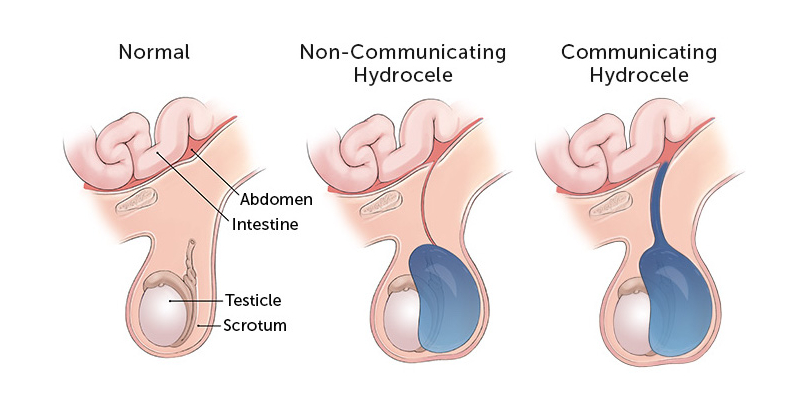 There are two types of hydroceles: 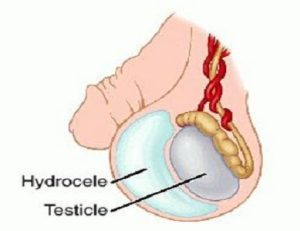 Before birth, testes develop near the kidneys. During childbirth, the testicles usually fall from their position in the abdomen through a muscular tunnel called the groin duct into the scrotum. When the peritoneal sac opens again in the root canal, fluid from the stomach can enter the scrotum and cause a hydrocele. If there is inflammation of the sac cell membrane around the testes, a hydrocele can occur. Other causes of hydrocele are: 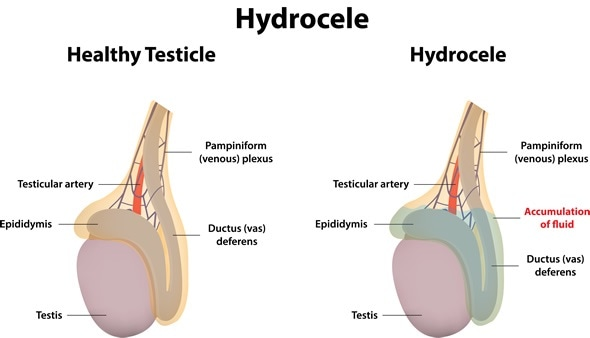 When a person has a hydrocele, we can receive the following symptoms of scrotal swelling:

If you notice any of the above symptoms in your child or yourself, you should see a doctor immediately. The doctor will usually do a thorough physical examination to analyze the amount of swelling and pain in the scrotum. The doctor can also perform several diagnoses, including: 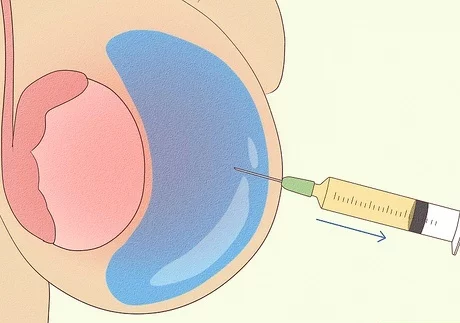 Most small and medium-sized hydroceles with minimal symptoms are treated with routine examinations. When a hydrocele has progressed to the point where it causes discomfort, pain, tension, deformity, or irritation, there is an option to operate and drain the fluid.

Newborns: Hydrocele in newborns does not require treatment because it is caused by the baby’s ecological adaptation from the womb. It heals itself as the body adapts as symptoms resolve automatically, and the disease is treated. In rare cases, surgery may be required.

Older men: Surgical treatment is the only treatment option for older men. Surgery to remove a hydrocele is known as a hydrocelectomy. This operation can be performed under local, spinal, or general anaesthesia.

Alternatively, the open sac is self-turned and sewn by itself. Both methods expose the testicles to the scrotal wall (as opposed to the outer layer of the tunic), which works by absorbing the fluid made by the inner lining of the tunic. This procedure is very successful. It is a minor surgery that is performed daily and therefore, usually does not involve a hospital stay. Hydroceles can come back after surgery, but this is very uncommon.

The hydrocele does not harm the testicles in any way and does not cause pain to your son. However, sometimes, if the sac is left open, the intestinal tract can pass through the opening and cause a hernia. If your son’s scrotum suddenly looks very large and hard and he doesn’t stop crying, call your doctor right away. Your son may need immediate attention. For more information, contact and the best treatment, Contact Dr Venu Gopal Pareek at 091777 77715.