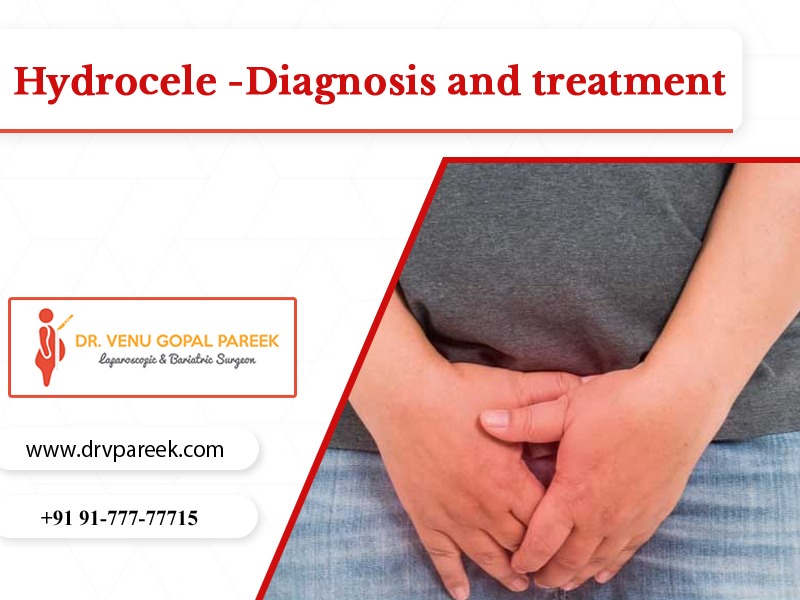 A hydrocele is a disorder that causes swelling of the scrotum due to an abnormal buildup of fluid in the scrotum. The accumulated fluid surrounds the testicles. This is one of the most common physiological diseases in newborns under one (congenital hydrocele). Strangely, in infants and children, this disease automatically goes away without treatment. Hydroceles are a problem in boys and elders. In adults, it does not heal on its own. The causes of hydrocele in adults are many. This is often caused by a physiological imbalance between fluid secretion and absorption but also caused by infection, trauma, and testicular tumours.

Hydrocele-like symptoms; do not cause pain and treatment. This can cause discomfort to the sufferer due to swelling. If you have internal pain instead of swelling, you should consult your doctor to determine the exact cause of the symptoms.

This is not a significant health problem, but it can be awkward and uncomfortable. Hydroceles are more common in male babies than adults, and treatments are available to help solve it. Let us see this article provided by Dr Venu Gopal Pareek to know more about Hydrocele causes, symptoms, diagnosis, and treatment.

What is a hydrocele? 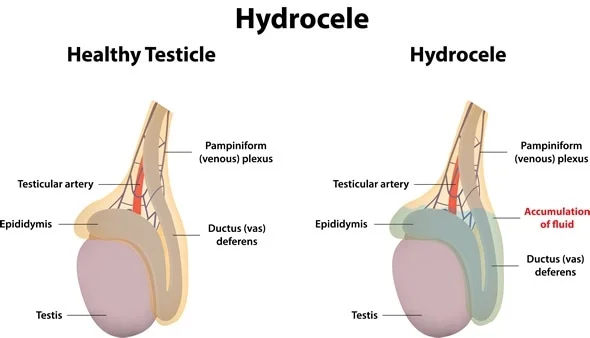 A hydrocele is a fluid swelling most often found in the scrotum, between the thin layers of tissue surrounding the testes. They can be expected in newborns and occur in boys and older men after scrotum injury or swelling. In general, hydroceles are painless and may not need treatment, but it’s best to see a doctor.

What are the types of a hydrocele? 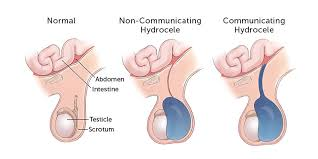 There are two types of Hydroceles:

There are two types of reasons for hydrocele: – 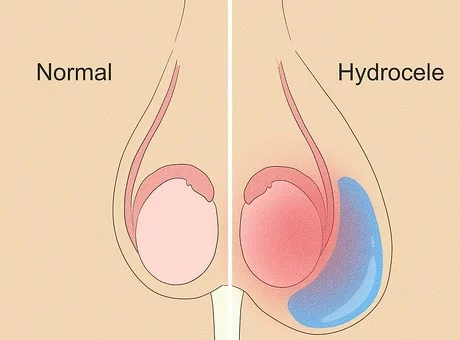 When a person has a hydrocele, we can assume the following symptoms of scrotal swelling:

How is a hydrocele diagnosed? 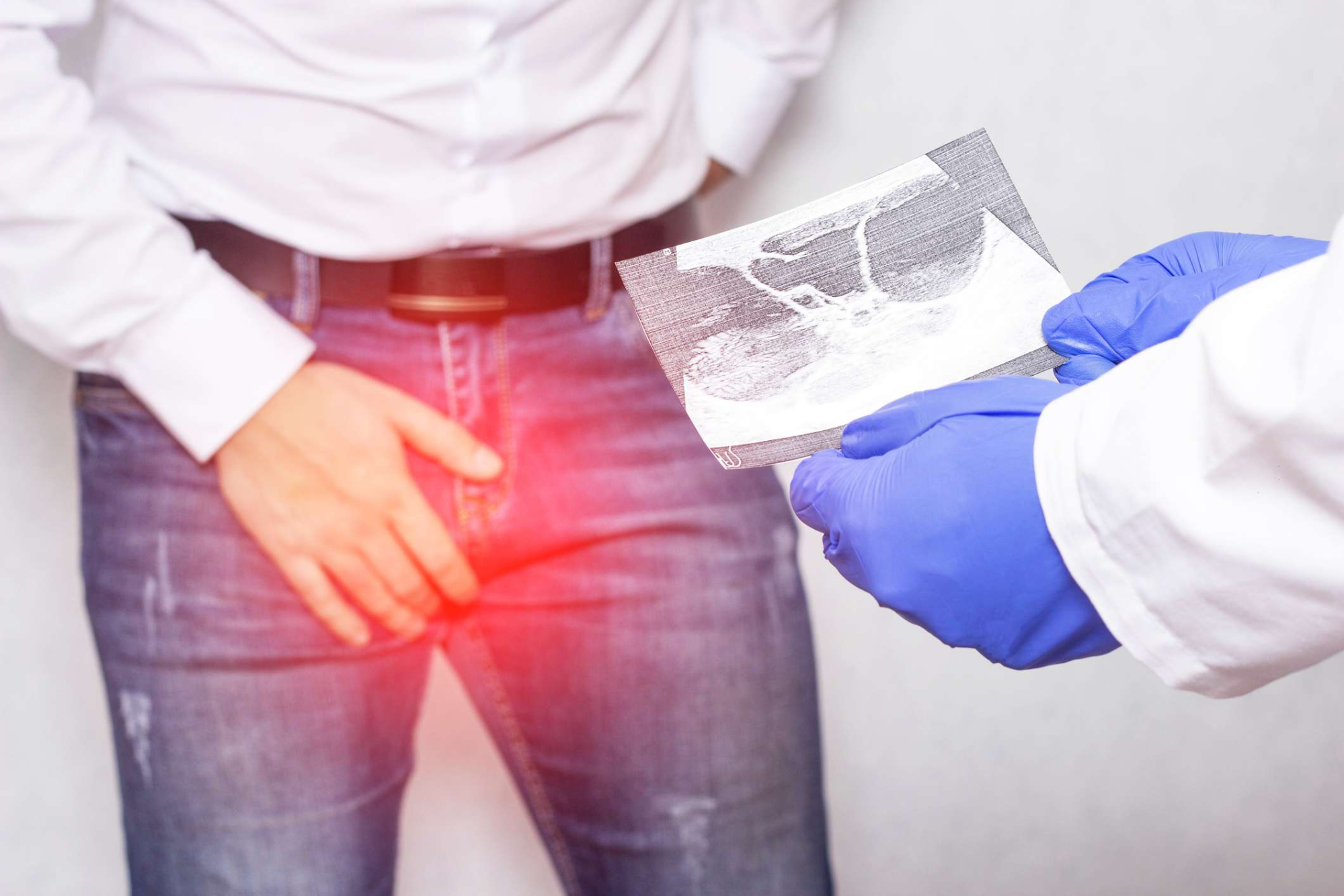 The doctor must first perform a complete physical examination to check the scrotum and the degree of swelling. They also check to see if the node is painful to the touch. Finally, you need to do a repeat examination to determine an inguinal hernia, which can be done by ultrasound. It is also common to illuminate the scrotum because the illumination indicates clear fluid in the testicular area. Doctors can do Blood tests to rule out infection.

Your doctor may then recommend: 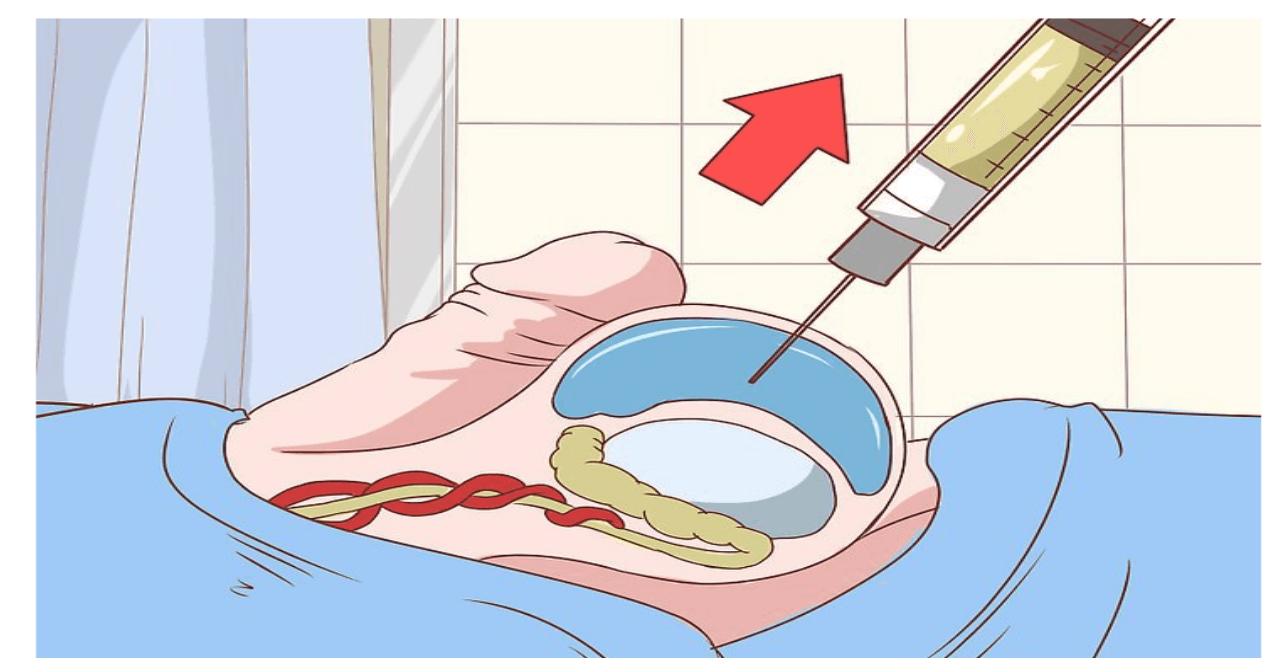 There are several ways to treat hydrocele. If there is a communicating hydrocele, it must be repaired surgically with an incision in the groin area. For other hydroceles, treatment depends on the size. Small hydroceles can be left alone. They can exist for years and never cause problems. For larger hydroceles, surgery is recommended, which over time increases or causes symptoms.

As noted above, hydroceles usually go away on their own in babies. If a hydrocele does not go away on its own in adults, surgery may need to remove it. In most cases, surgery is performed on an outpatient basis. This operation can perform under general or local anaesthesia. This procedure is performed by making an incision in the scrotum or lower abdomen to remove a hydrocele. After surgery, a tube can drain the fluid and bandage the area for several days. Hydroceles can come back after surgery. Therefore, you must contact your doctor sometime after the procedure.

After surgery, there will be severe swelling which will decrease over time. It may take 4-6 weeks for all the swelling to go away completely. Complications can include bleeding, infection.. To minimize bleeding risk, patients are advised to stop aspirin and compounds such as aspirin (e.g. Advil, Nuprin) for ten days before surgery. Sometimes there may be bleeding forming a hematoma, which may require additional surgical drainage.

A hydrocele is a common condition in men. Fortunately, with proper care, it can manage effectively for most men.

Hydroceles are very common in newborn men and usually go away within a year. The most common cause is fluid travelling from the stomach and collecting in the tissue around one or both testicles. In older men, scrotal swelling has many possible reasons, including inflammation from infection or injury.

Most hydroceles, in both infants and adults, go away without the need for medical intervention. In rare cases, the doctor may need surgery or aspiration to remove the fluid. The hydrocele does not harm the testicles in any way and does not cause pain. Sometimes, however, if the sac is left open, the intestinal loop can pass through the opening and cause a hernia. If your son’s scrotum suddenly looks very large and hard and he doesn’t stop crying, call your doctor right away. Your son may need immediate attention for more information, and best treatment contact Dr Venu Gopal Pareek at 091777 77715.