A bulge near the site of incision is the most noticeable symptom of the incisional hernia. Often, it is more visible when your muscles strained too much when you lift something or when you cough, or when you stand up.

Incisional hernias mainly happen near the surgical incision(cut) in the abdominal wall that doesn’t close correctly after surgery. Improper closure of the abdominal muscles weakens and protrudes the tissue & other organs to form a hernia.

Several factors are associated with the surgical cut not heal properly, which include:

Sometimes, the reason might be not apparent why the surgical cut doesn’t heal properly?

Hernias are more likely to appear after emergency surgery or surgeries with a large incision. After surgery, if the edges of the incision aren’t aligned properly, the wound might not heal well and more prone to form hernias.

When Does Incisional Hernia Require Surgery?

In some cases, the decision to have surgery or not is up to the patient. You have to undergo surgery if you feel discomfort or concerned about the physical appearance of hernia. Some of the factors you need to know about Incisional hernia that may require surgical treatment:

However, the best option is to discuss with an experienced doctor like Dr. V Pareek about the surgery to get more details about the process and recovery time. 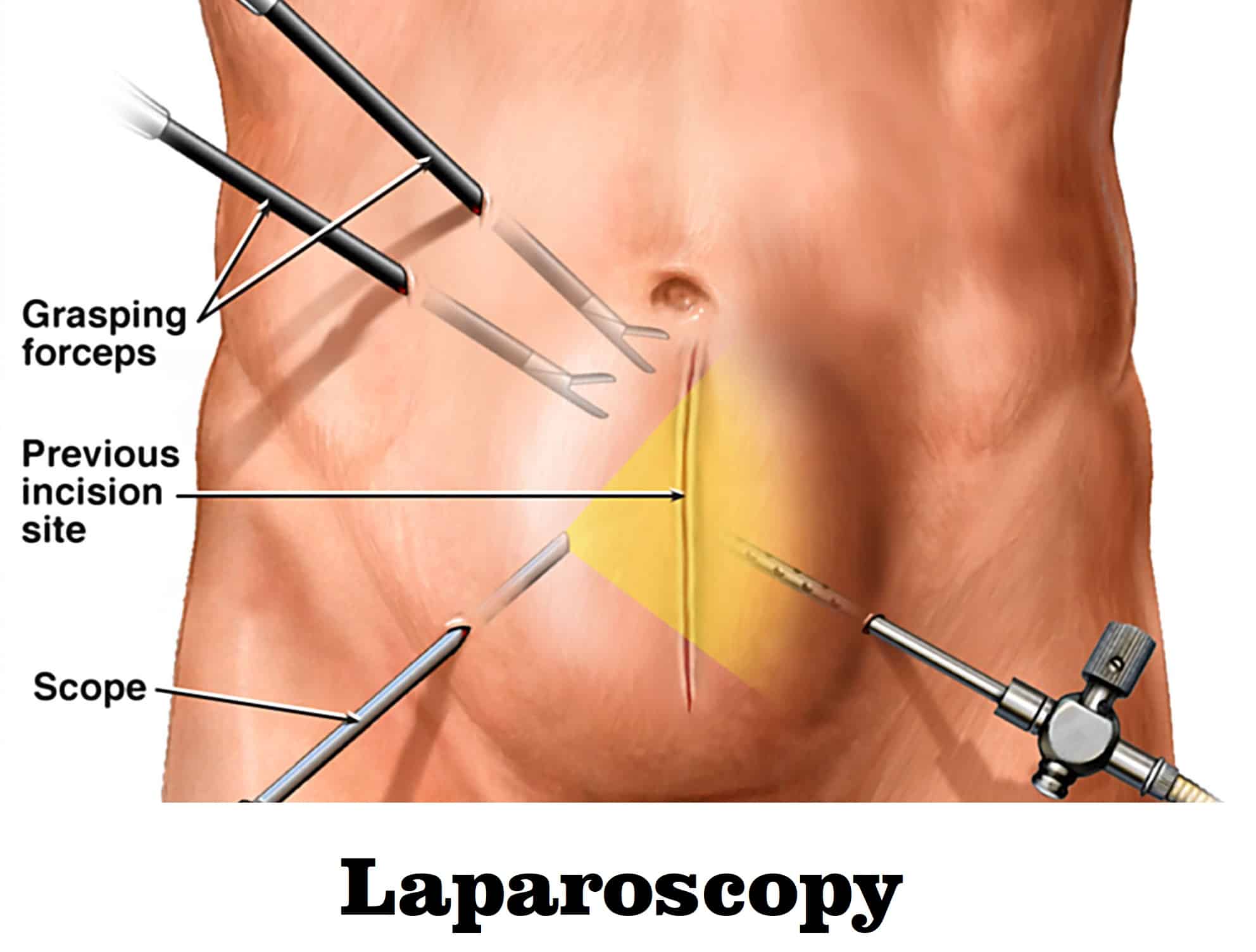 The laparoscopic approach to treat incisional hernia started in the year 1993 and has developed significantly in recent years. Laparoscopy is a technique that helps to fix most of the hernia problems. This laparoscopic procedure involves making a few small incisions about ½ to 1 inch long around the hernia.

A probe with a tiny camera is sent through the holes to see inside the abdomen without any major incisions. The camera projects real-time images onto the monitor. Also, the other incisions serve as ports for the laparoscopes, through the portals some other medical instruments will be inserted by the surgeon to push the bugle back and cover the hernia with a piece of mesh so that to not recur again.

Laparoscopic approach has several benefits compared to open hernia repair, confirmed by several reports. Patients who are undergoing laparoscopic incisional hernia repair will experience less postoperative pain than open surgery, and they can return to routine work sooner. Hardly, a laparoscopic minimally invasive surgery is carried out in a day-case setting, and readmission rates in the hospital are also lower.

Experts say that recurrence rates are also as low as 3%. The main advantage of laparoscopy is; it helps to identify all abdominal wall defects associated with the previous incision. Your abdomen is filled with carbon dioxide during the laparoscopic surgery and deflated after mesh placement to ensure the surgery is tension-free and less likely to fail.

Early diagnosis and treatment for hernia can help you out of severe complications caused by them. Here are the benefits to be observed if they have a hernia and opting for surgery. Laparoscopy best suit in cases when the hernia is less than 10cm, and some experienced surgeons can perform laparoscopy for hernias of size between 10-15 cm also.

Laparoscopic Incisional Hernia Repair is a simple and versatile technique. For more information, contact or book an appointment with Dr. Venugopal Pareek one of the best Bariatric Surgeon in Hyderabad. You no need to suffer from pain anymore due to life-threatening hernias.